That’s because the website doesn’t have any kind of SSL/TLS certificates. So:

SSL/TLS is a protocol that encrypts data in transit between the server and the user. This means that the data sent from the server to a user remains private and unreadable.

When a website has SSL/TLS protection, it assures the user that their information is safe. The encryption makes sure that any sensitive data entered on the site cannot be stolen by someone with malicious intent.

That being said, what are SSL and TLS.

What is an SSL/TLS?

An SSL/TLS is a protocol that allows for encrypted communication through the internet. It’s used to secure data transmissions between devices.

The SSL/TLS protocol is responsible for encrypting data sent over the internet and establishing an authenticated, confidential and private connection.

This means that any information sent during this process is indecipherable to unauthorized people and also secured from eavesdropping.

SSL or Secure Sockets Layer is a certificate that is used to supply a secure path between two devices that are utilized over the internet or any other kind of internal network.

SSL was the most extensively employed encryption protocol and was used to equip security over the internet, encryption is used to transform information that is shared within this connection into encrypted or unfathomable data.

This implies that any information transferred can not be seized by a third party, which ensures that all your information remains secure.

SSL was created by Netscape in 1995 to supply security and ensure privacy, TLS also known as Transport Layer Security was adapted by Internet Engineering Task Force “IETF” in 1999, it was used to succeed SSL which became obsolete in 1999 and evolved from it.

The name of the protocol was replaced to stipulate the fact that TLS was no longer connected to Netscape. Therefore, the terms SSL and TLS are used correspondingly to describe the protocol.

SSL is simply used to create an encrypted link between the user and the web browser.

TLS is the same as SSL and is an update of it, the name was changed to show the change in ownership from Netscape to Internet Engineering Task Force.

How Does SSL/TLS work and What is its Importance?

To achieve an extreme degree of isolation, SSL encrypts the information that is transmitted between you and the web browser meaning that whoever tries to intercept your data will be unable to read it.

SSL instigates a verification process also known as a handshake between the two devices that are connecting to guarantee that both parties are really who they profess to be.

Moreover, SSL signs data digitally to sustain data nobility thereby verifying that the data has not been tinkered with before reaching its intended addressee.

There have been several versions of SSL, each one providing more security than the last until SSL 1999 was updated to TLS.

Initially, data on the web was broadcast in clear text meaning that anyone could intercept the data and read it, so if you wanted to buy something online and you were to enter your credit card data, this data would travel through the web without being encrypted.

SSL was created to solve this issue by encrypting all your data so even if it were to be intercepted it would be unreadable and would only be detectable by the website you entered the data into.

Furthermore, SSL is capable of stopping certain kinds of cyber attacks by verifying web servers to assure that attackers did not create websites to try and trick you into giving up your data.\

A server tries to connect to a website or to a domain that has an SSL/TLS certificate, the server requests the website to identify itself.

After identification, the browser asks for a copy of the certificate, and the browser will do a background check to see if it trusts the SSL/TLS certificate, after the authentication process the web servers send a digital acknowledgment to start SSL/TLS encryption, the encrypted data is shared between the two endpoints.

This is how the SSL/TLS works and it is important to guarantee safety to the users of a website.

For an organization or institute to secure its website to protect itself and its consumer’s private information it requires an SSL/TLS certificate.

We have already figured out what is SSL/TLS but how is it equipped or added to a website? Now, let’s see what are SSL certificate and HTTP means and what are the relation between them.

What is an SSL certificate?

SSL certificate’s most important aspect is the public-private key, the public key makes the verification possible, and a consumer device will view the public key and will initiate a fortified encryption key with the web server or website.

On the other hand, the website has what is called a private key that is kept unknown, the purpose of the private key is to decrypt all of the data that was encrypted by the public key.

The public key and private keys utilized for SSL/TLS certificates are fundamentally lengthy strings of characters meant for encrypting and decrypting data.

Once data has been encrypted by the public key it can only be decrypted with the private key that is left unknown. And the Certificate authorities also known as CA are in charge of dispensing SSL/TLS certificates.

You have probably seen the word HTTP and HTTPS on your URL when you search for something but what exactly is HTTP and what is HTTPS?

Hypertext transfer protocol known as HTTP is an application protocol that is used to transfer data, information, images, and videos it is the main course of communication between web browsers and servers.

HTTP is unprotected and is vulnerable to attacks because all of the information transferred from the web browser to the server or between any other points is transmitted in normal readable text.

This provides attackers with the means to check delicate data, such as credit card numbers or personal information.

To prevent this issue HTTPS was created where the “S” here is used to show security, and SSL/TLS is added to HTTP to guarantee that all the data conveyed is encoded.

An SSL/TLS certificate is like an identification permit that is issued by certificate Authorities CA to businesses that request security on their websites, it is what converts HTTP to HTTPS where S means secure.

In addition to SSL/TLS having different types of certificates it also has different authentication levels with each one requiring a different identity verification thoroughness level the levels are:

Now we have figured out what an SSL/TLS certificate is but what exactly does it contain?

How can businesses obtain SSL/TLS certificates for their websites?

SSL/TLS certificates can only be issued from a Certificate Authority, so the only way for your website’s certificate to be legit is by obtaining it from a CA.

A CA is an external institution and a trustworthy third entity that creates and distributes SSL/TLS certificates, the certificate that is issued by the CA will also be signed digitally with their private key allowing consumers to identify it.

CA’s may charge small fees for deploying certificates or provide them for free such as the free Let’s Encrypt SSL certificate.

Once a certificate has been created it must be installed and instigated on the website, once the SSL/TLS certificate is installed the website will run or load over HTTPS instead of HTTP thereby ensuring that all the data is encoded and safe.

Certificates can be obtained from certificate authorities which are trustworthy third parties having their private key that is kept secret.

Transport Layer Security TLS more widely known as Secure sockets Layer SSL is a means for a business to guarantee security for all its clients by encrypting and coding all the data that is passed between the website and the consumer into unreadable text.

This guarantees its safety and the consumer’s data safety which is done by obtaining an SSL/TLS certificate from a certificate authority CA.

TLS is an important certificate because it makes users comfortable with using an organization’s website.

Read also: What is CDN? and What is Bandwidth?

Should I use TLS or SSL?

The best answer to this is, that it’s up to you. If you run a small business or website blog, going with any of them will do the work. However, big entities such as international organizations and banks are preferred to use the latest version of the TLS as it’s more secure.

What is the purpose of TLS?

It is an important security protocol that ensures the privacy and integrity of data in transit. TLS is used by web browsers, email clients, and other applications to control access to resources on the Internet. 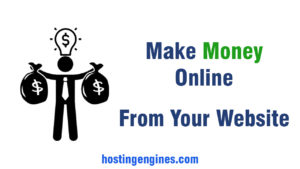 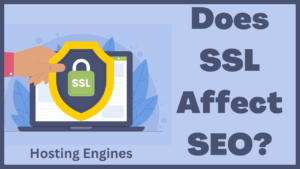 Subdomain vs. Subdirectory: Which is better for SEO 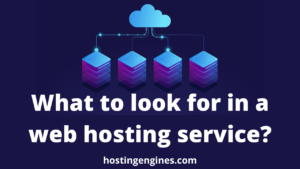 What to Look For in a Web Hosting Service?